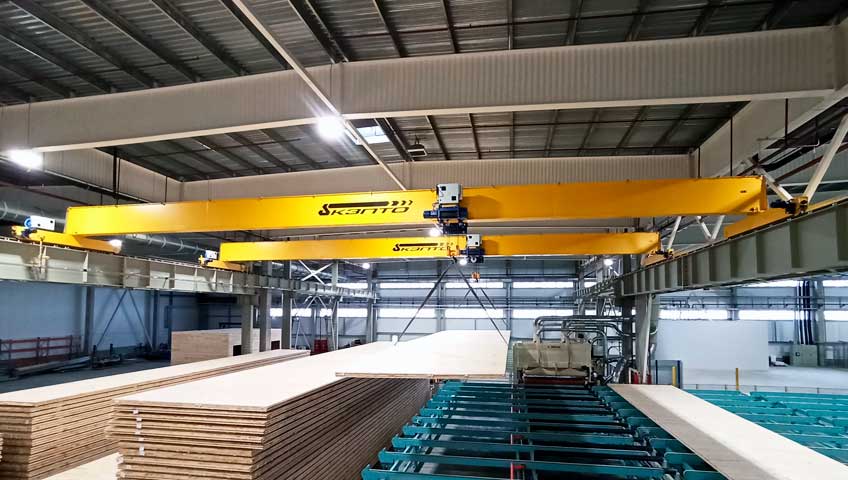 For one of the largest enterprises in the Volyn region, the Kyiv Crane Machinery Plant LLC manufactured single-girder bridge cranes with vacuum grippers that can be used to work in tandem mode. The customer before our team was tasked with designing and supplying hoisting crane equipment capable of moving large-sized structures measuring 18x3.6 meters.

After studying the features of the technological process at this enterprise, our designers proposed the optimal technical solution and prepared a dimensional drawing, in accordance with which a phased work plan was developed, including the installation of crane equipment at the place of operation.

The main feature of these overhead bridge cranes is the possibility of their operation both individually and in tandem mode when controlled from one remote control. In addition, an outlet for vacuum gripping and its control is additionally provided on both cranes.

For a smoother movement and accurate positioning of the goods being transported, the Customer was offered the option of cranes that can operate at two speeds (thanks to frequency inverters). This solution also made it possible to significantly reduce the load on the metal structure of the building during acceleration and braking of cranes with moving cargo.

In addition, for the safety of staff and to avoid damage to the electric wire rope hoists, load limiters were installed. The radio control system of the cranes allows the operator-crane operator to control each of them individually, and both simultaneously in tandem mode.

The wireless remote control system is an operator station capable of efficiently managing loading and unloading and lifting operations. It consists of such devices:

The tandem wireless remote control system is a combination of these devices, the exchange of data between which is carried out over the air. Additionally, the cranes are equipped with optical proximity sensors, which prevents the possibility of their collision during operation. 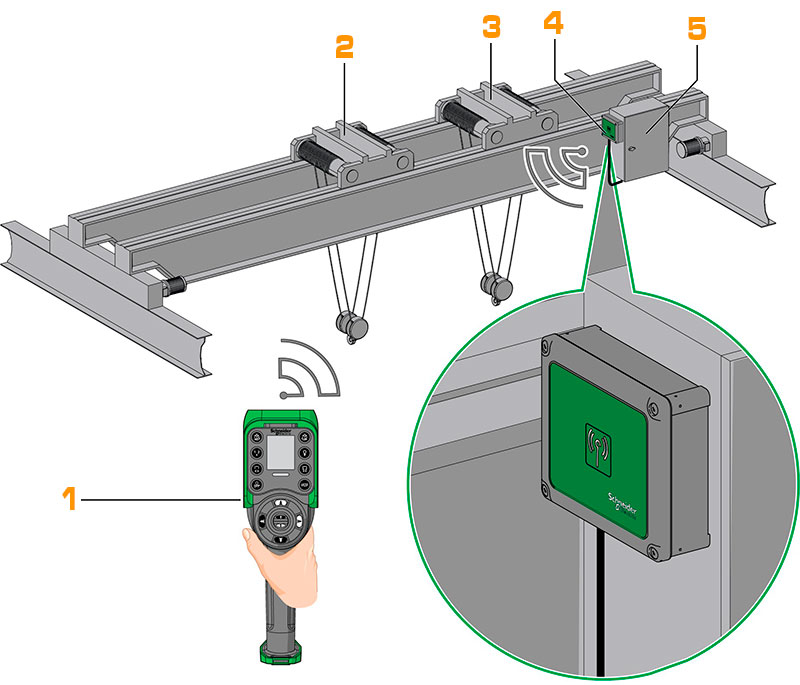 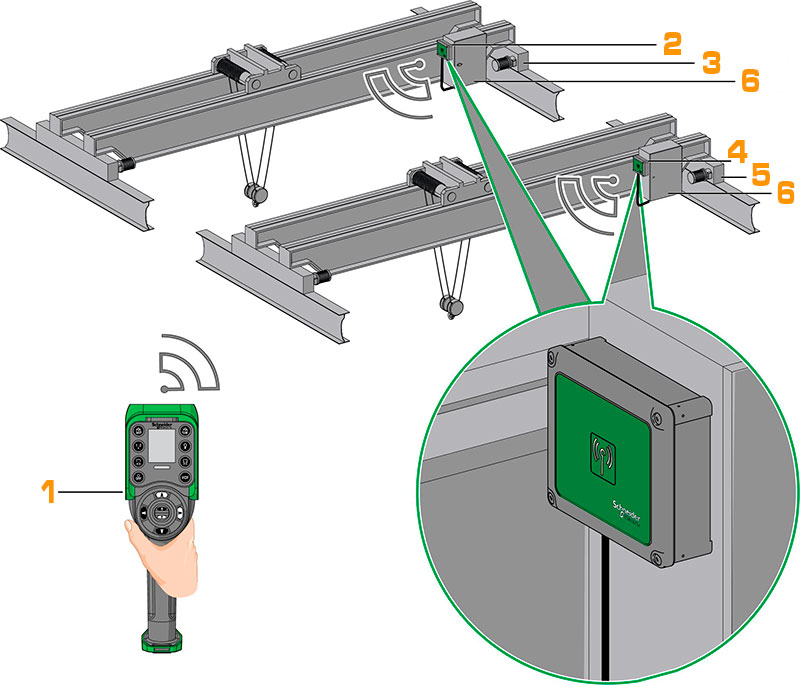 Work of bridge cranes in tandem

The delivered bridge cranes were mounted in the conditions of the existing production, then commissioning was carried out, at the end of which our installers conducted control tests with a load of static and dynamic loads. After that, a technical report was issued on the installation of cranes, as well as passport and authorization documentation for their registration with the authorities of the Volyn Expert and Technical Center.